Place of Birth: Stockholm, Sweden
Place of Death: Rome, Italy
Nationality: Swedish
Occupation/Field of Study Rome Queen Christina of Sweden was one of the most educated women of her time, and a notable patron of the arts and sciences.
Tags: 17th Century|Christina of Sweden|Patronage|queer|Rome|Sweden

Christina reigned as Queen of Sweden from 1632 until her abdication in 1654. During her reign, she attempted to make Stockholm “the Athens of the North” by developing its cultural life and scientific institutions. She supported the arts and sciences and invited prominent intellectuals, most notably the French philosopher René Descartes, to Stockholm. The acquisition of new books and notable artworks,1 and the founding of scientific and cultural institutions such as the first Academy of Sweden and a Royal Academy in Turku that would become the first university in Finland,2were a lasting legacy in the intellectual history of the Swedish Empire. Christina was highly educated and interested in a wide range of topics from philosophy to alchemy. She mastered several foreign languages; apart from Swedish she spoke Latin, German, French, Italian, and Spanish. As was fitting for a daughter of the warrior-king Gustavus Adolphus, Christina was also educated in horse riding, fencing, political theory, and military strategy. She shocked the whole of Christendom by abdicating the Swedish throne in 1654, and by converting from Lutheranism to Catholicism later the same year. During her exile from Sweden Christina travelled around Europe and set up a permanent residence in Rome. She continued as a prominent patron of arts, sponsoring music, theatre and cultural life in Rome.3 Christina founded the Arcadia Academy (Accademia dell’Arcadia) for philosophy and literature, which still exists today, as well as the first public opera house in Rome. She was renowned, too, for her liberal views on personal and intellectual freedom and her charities, and was also known as the protector of the Jews in Rome.4 During her life Christina corresponded with notable intellectuals, such as Pierre Gassendi and Blaise Pascal. Even though Christina is mostly remembered as a patron of arts and sciences, she was also an author and thinker in her own right.5 She wrote an unfinished autobiography, as well as essays on her heroes Alexander the Great, Cyrus the Great and Julius Caesar, and on art and music.

Christina was born on 18 December 1626, and at the moment of her birth was first, mistakenly, announced to be a boy. Why it was thought that Christina was a boy is unclear, but the most common reasons given at the time was that she was “hairy” and had a “big nose” and “deep voice.”6 This story is of more than anecdotal importance as it was often reiterated by Christina herself (p. 38)7 and received a lot of attention from her later biographers, leading to speculation on whether she might have been intersexual.8,9 Christina was educated as a royal male would have been. She received an education fit for a royal heir and, in addition to languages and philosophy, she was also educated in sports, politics and military strategy. After her father, King Gustavus Adolphus, fell in the battle of Lützen in the Thirty Years’ War in 1632, Christina succeeded him as the ruler of Sweden. Since she was only six years old, a regency government led by chancellor Axel Oxenstierna was established and it ruled Sweden until Christina’s coronation on 20 October 1650. She was, however, introduced to the matters of the kingdom from early on, working with and learning from Oxenstierna.10 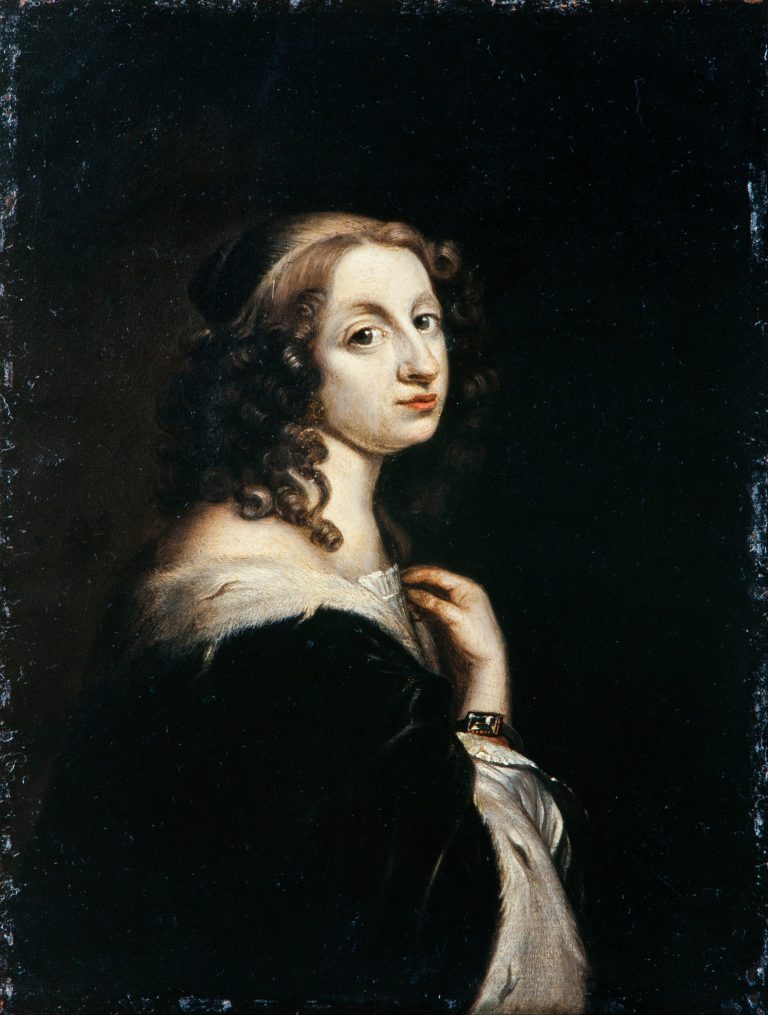 During her reign the young queen invited important artists and scientists to her court, most notably the French philosopher René Descartes. She was privately tutored by him, although it soon became clear that the two did not get along well; apart from her disapproval of his mechanical philosophy and he did not appreciate her interest in Ancient Greek. Moreover, he was exhausted by her strict daily schedule, as he was invited to the draughty castle early in the mornings to discuss philosophy and religion.11 Descartes contracted pneumonia and died on 11 February in Stockholm. Christina collected learned men, books and manuscripts around her almost manically. She used to study for ten hours a day, sleeping very little and living ascetically.8 In 1651 the continuous stress and overwork caused her health to fail, which forced her to slow down. Her court physicians advised the twenty-five-year-old queen to enjoy life, get sufficient sleep, take warm baths, and eat healthy meals. To adapt to the new lifestyle with personal philosophy, Christina – who had been a Stoic – now became Epicurean.12

The Thirty Years’ War in Europe finally ended in the peace of Westphalia in 1648, where Sweden emerged as one of the main winners. Apart from a large sum of money, Sweden received Western Pomerania, Wismar, and the Prince-Bishoprics of Bremen and Verden. Christina’s Sweden now exercised territorial control over much of the Baltic region, making it one of the great European powers of the time. Christina abdicated the Swedish throne in 1654, apparently after lengthy but secret private deliberation, leaving it for her cousin Charles Gustav. The reasons are still debated by biographers and historians but among them were her planned conversion to the Catholic faith, her decision not to marry, and the growing disapproval of her arbitrary appointment of new nobles and her expensive lifestyle, as well as lavish spending on the arts and science.4

Apart from her interest in philosophy, science and the arts, during her reign Christina was secretly studying Catholicism, smuggling texts and letters, and having secret meetings with Jesuits (p. 176).13 Since Sweden was one of the leaders of the protestants in the war and the intellectual climate was violently against anything other than the most orthodox Lutheranism, Christina’s interest in Catholicism was a well-guarded secret. Her consequent conversion to Catholicism following her abdication was thus a shock for her former subjects and the whole Christendom, and it was heavily utilised by the Catholic church for propaganda purposes inthe Counter–Reformation.14 In 1655 she was received by Pope Alexander VII in Rome with all Baroque splendour befitting a famous convert. Christina however also rejected the role of virtuous hero of the Catholic church, and opposed anypublic manifestation of piety.4 After settling in Rome she continued to keep a lavish court and to extravagantly sponsor art, which led her to continuous financial difficulties. The revenues due from Sweden also came very irregularly. She travelled extensively, was involved in scandals and pursued far-fetched political aims. After the death of her cousin she demanded the Swedish crown back, which was impossible since she was catholic; she then made an attempt to gain the crown of Poland, and lobbied herself as the ruler of Naples. While her political pursuits were mostly unsuccessful, as a close friend of four subsequent Popes and an active political figure4 Christina must be considered as a major political player in the mid-17th century European political scene. She died on 19 April 1689, after suffering from a number of health problems for several years. She is one of the few women buried in the Vatican grotto, again at the end of her life becoming a symbol of the Counter–Reformation. She was embalmed and displayed on a lit de parade for several days. In 1702 Pope Clement XI commissioned a monument to Christina in St Peter’s Basilica, which highlighted her bravery in relinquishing the Swedish throne in order to embrace Catholicism.15 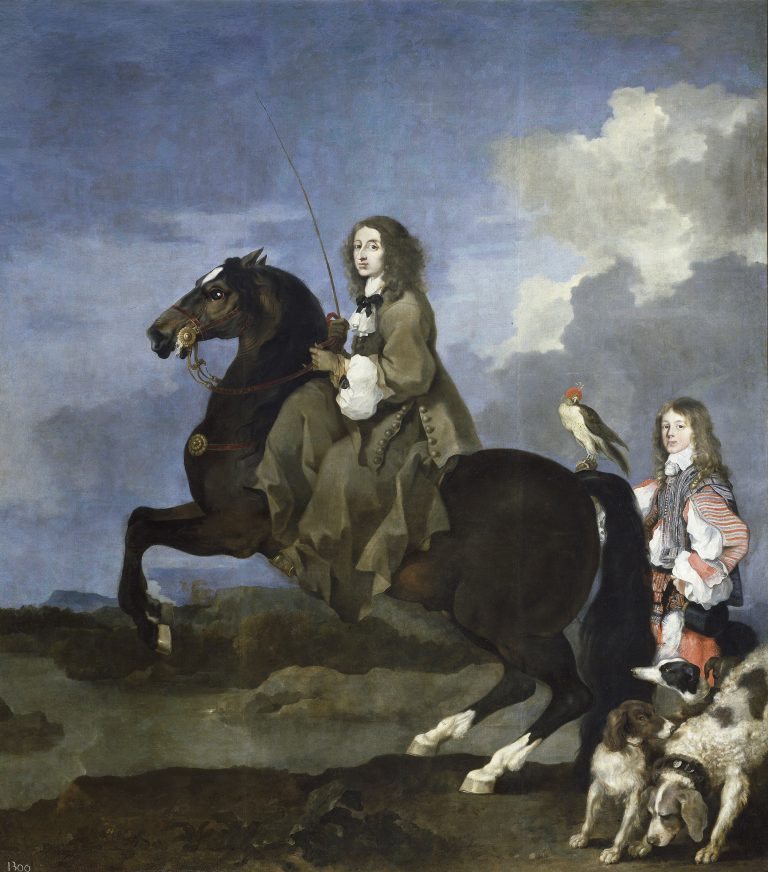 Christina’s life and legacy are obscured by myths and anecdotes that often concentrate on her sexual and gender identity. While we do know that she rejected the traditional female role and often consciously fashioned her personality as androgynous, labelling her in modern terms as intersexual or transgender is highly speculative. Her sexuality is also a matter of interest to some historians and biographers, and she is said to have had relationships with women and men, although some have labelled her as asexual. In any case, such speculation is a testament to Christina’s unconventional behaviour and originality, and shows that it was possible and maybe even necessary for her to take on a more masculine identity. Her enigmatic, contradictory personality and fierce love of independence fascinated historians, artists and biographers during her lifetime and ever since, and she has inspired several plays, films, and works of fiction and non–fiction. Deeply in love with knowledge and wisdom, Christina was also one of the most learned women of her time.

Which crime has the female sex committed to be sentenced to the harsh necessity which consists of being locked up all life either as a prisoner or a slave? I call the nuns prisoners and the married women slaves.

At her abdication, cited in Philemon, Torrey (ed.) (1999), “Quotations about and by Queen Christina of Sweden”, The Ancient Sites Celebration of Women.

To obey no one is a greater happiness than to command the whole world.

We should make use of men of letters as if they were living libraries, and as such we may esteem them and take counsel of them, never forgetting, however, that they are but poor advisers in affairs of the great world.

She swore to God, slouched in her chair, stretched her legs this way and that, hung them over the arm of her chair…She fell into deep reveries, let out profound sighs, then all of a sudden collected herself like someone who waked up with a jerk.

She’s completely extraordinary….Nearly all her action are in some way extravagant…in no way does she resemble a woman, she hasn’t even the necessary modesty. She seems rough, brusque…and libertine in all she says, but….there is nothing in Christina that is contrary to the honor that depends from chastity. It was not difficult to pardon all her irregularities…

A woman born of a barbarian, barbarously brought up and living with barbarous thoughts…. with ferocious and almost intolerable pride.

Pope Alexander II on Christina, cited in Philemon, Torrey (ed.) (1999), “Quotations about and by Queen Christina of Sweden”, The Ancient Sites Celebration of Women.

In spite of her extreme consciousness of her own royal rank, Christina’s birth also singles her out from among the majority of contemporaries. Christina’s courage, her belief in rights and liberties, rare in her day, her recognition of religious and spiritual values, and her generosity went far to mitigate her glaring faults, which she paid for with a life of great unhappiness.