Pamela Anne Matson is a determined environmentalist who believes in symbiosis between society and the environment. She is an ecologist and researcher whose main interests are sustainability, climate change and economic development.

Pamela Anne Matson is a determined environmentalist who believes in symbiosis between society and the environment. She is an ecologist and researcher whose main interests are sustainability, climate change and economic development. Her most prominent research focuses on the Yaqui Valley region, in Sonora, Mexico. It has been described as a great achievement of agricultural and economic development and has become a role model worldwide as “the birthplace of the green revolution”. Pamela Matson is currently professor and Dean of the Stanford University School of Earth, Energy & Environmental Sciences. As an internationally renowned woman scientist, she has worked for NASA and the University of California, Berkeley. She is the author of a number of scientific articles about environmental issues, closely linked to society and welfare. She likes to think of herself as a leader.

Due to the highly interdisciplinary nature of ecology, Pamela has been involved in many areas, such as economics, political sciences, and agronomy, and has worked with representatives of a range of other disciplines. The Stanford laboratory that carries her name, “Matson Sustainability Science Research Laboratory”, is interested in sustainable agriculture, vulnerability analyses of human-environment systems, and biogeochemical and ecological processes in forest and managed systems. 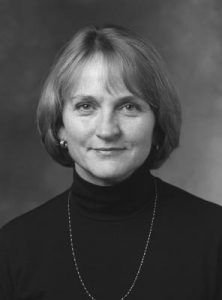 Pamela Anne Matson was born in Eau Claire, Wisconsin, in 1953. Her father worked for the Wisconsin Bell Telephone Company and her mother was a homemaker, poet and avid reader¹ (p. 189). She was inspired by her grandmother, a farmer and horse rider with a great love for gardening.

Pamela graduated with a double major in Biology and English from the University of Wisconsin in 1975 and completed a master’s degree at Indiana University in 1980. Over the course of her master’s, she realised that she loved research and she therefore applied for a PhD in forest ecology at Oregon State University. At that time, she often went to the University of North Carolina at Chapel Hill to conduct her experiments, and that is where she met her future husband, ecologist Peter Vitousek. After completing her doctorate, Matson did not go straight into academia, but spent about ten years working for the NASA/Ames Research Center, in California. In 1993, she accepted a professorship at the University of California, Berkeley⁴. She and her husband then worked on several joint projects, the most important of which explored ecosystems in Hawaii: “We were looking at developing ecosystems from brand new geological materials that were laid down by the volcanoes, all the way through to ecosystems that had been developing for five million years¹ (p. 289)”.

Pamela Matson and her husband Peter have a son and a daughter. After the birth of each child, Pamela stayed at home for six months and then continued working with the help of a ‘third parent’. Matson still works at Stanford and keeps her international recognition as interdisciplinary Earth scientist, academic leader and organizational strategist. In an interview with Hargittai, she said she never experienced discrimination and her advice to all budding women scientists is to find the right partner/spouse.

I enjoy leadership – I don’t call it administration, I call it leadership. I enjoy making sure that everyone’s ideas are being heard, and developing a common strategy and working towards that together. I like teamwork and I very strongly believe that the universities of the world today have a critical role to play for the welfare of people and environment.

Sustainability is the goal of meeting the needs of people today and in the future while protecting the life support systems of the planet.

People say to me, “How do you do it? How do you have a child and do all this?” I almost hate saying this, but you have to have enough money to do it. We have two good incomes, relatively speaking, and when I am talking to graduate students who ask “How do you do it?” I almost feel guilty saying, ”You hire a third parent.” It really made it possible for us. /…/ It is important to find that right person and to make sure that they are happy.

Cited in The Door in the Dream: Conversations with Eminent Women in Science, Washington, D. C., Joseph Henry Press. 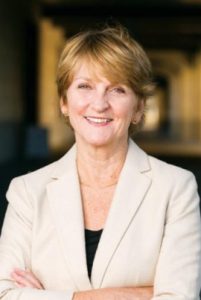 Matson, Pamela A. (2012), Seeds of Sustainability: Lessons from the Birthplace of the Green Revolution in Agriculture, Washington DC, Island Press.