Nawal El-Saadawi is one of the most important authors writing about the taboo issues of womanhood, sexuality, female genital mutilation, religion and women’s oppression in the Arab countries. Her writings include fiction (novels and short stories), non-fiction and plays, and her works have been translated into thirty different languages.

Nawal El-Saadawi is one of the most important authors writing about the taboo issues of womanhood, sexuality, female genital mutilation, religion and women’s oppression in the Arab countries. Her writings include fiction (novels and short stories), non-fiction and plays, and her works have been translated into thirty different languages. As Margaret Atwood, the acclaimed author of The Handmaid’s Tale, pointed out, “at a time when nobody else was talking, she spoke the unspeakable”.¹

As a woman, doctor and psychiatrist, Nawal El-Saadawi saw and studied what women’s bodies all around the world were subjected to because of their sex. This knowledge led her to anger and she fought hard against the establishment, who sought to silence her by censoring and banning her work. She denounced the conditions suffered by women, especially Arab women, for example female genital mutilation (FGM), which “is extremely common in Egypt; a 2005 UNICEF study cited the rate as ninety-seven per cent of all Egyptian girls”.¹¹ Not only did she denounce this situation, but she also tried to find its root cause. Her studies in this field drove her to the identification of capitalism and the power structure system as main causes of the violence inflicted on women. Power supports religion and religion supports oppression. As Nawal points out in many of her works, “I am very critical of all religions. We, as women, are oppressed by all these religions. The problem is not Islam, it is the political systems that use Islam and religion”.¹⁰ Thus, Nawal El-Saadawi “linked questions of sex and gender to politics, economics and culture and she suggested that religion was used by the powerful in all societies. She also restated her opposition to the veil, to polygamy, to inequality between men and women in inheritance rights and said that these were in contradiction to the true spirit of Islam”.⁵ She did it in and through her writing.

As she says in an interview to The Guardian, she is “a novelist first, a novelist second, a novelist third”, but it is feminism that unites her work. “For me feminism includes everything. It is social justice, political justice, sexual justice… It is the link between medicine, literature, politics, economics, psychology and history. Feminism is all that. You cannot understand the oppression of women without this”.¹¹

Nawal keeps on fighting for the improvement of women’s status all over the world.

Nawal El-Saadawi was born in Kahr Talf, a small village in northern Egypt. Her father was a government official in the Ministry of Education. As part of the Ministry of Education, Nawal’s family ideas about education were quite progressive, therefore Nawal and her eight siblings were provided with the same education. They all went to university, even though higher education for women was still very rare and higher education institutions in Egypt started accepting women only in the period 1930-1934⁷ (pp. 151-155). In some other aspects, however, Nawal’s family was as conservative and traditional as could be. That is why, at the age of six, Nawal suffered genital mutilation.

In 1955, she finished medical school at Cairo University and got married. She started practising medicine and observing women’s physical and psychological troubles and connected the cases to women’s cultural oppression, meaning patriarchal, colonial and class oppression. She was working in her native village, Kafr Talh, and examined the problems faced by women in rural areas. She tried to protect one of her patients from domestic violence and, because of this, she had to return to Cairo.²

In 1958, she was appointed Director General of Public Health Education and editor of Health Magazine³ (p. 1249). In the Ministry of Health, she met her third husband Sherif Hetata who had just come out of jail after being imprisoned for thirteen years for political reasons. He was also a writer and a doctor and the couple stayed married for 43 years.⁴

In this period she began writing as Director of Public Health Education, first publishing a collection of short stories, I Learned Love (1957), and a novel, Memoirs of a woman doctor (1958), which were followed by many more.

In 1966, she received her Master Degree in Public Health from Columbia University, New York. She was still writing short stories and novels, and in 1969 she wrote her first non-fictional text, Women and Sex. This was a study of female genital mutilation and other kinds of physical violence inflicted on women; in other words, it dealt with women’s bodies’ disorders connected to religion, patriarchal and political oppression, “confronting and contextualising various aggressions perpetrated against women’s bodies”.²

In 1970, Anwar El-Sadat came to power after the death of President Nasser. During Sadat’s presidency, Nawal faced a tough persecution. In 1972, due to the publication of Women and Sex, she was removed from her position as Director of Public Health Education and lost her position as chief editor of the Health Magazine and as assistant general secretary of the Medical Association of Egypt⁵. The publication of the book was prohibited. However, in spite of it or precisely because of it, Nawal kept on writing on controversial topics which raised reactions of hatred and disgust in religious and political circles. From 1973 to 1978, Nawal El-Saadawi was a prolific writer, working in the High Institute of Literature and Science and also working on research about women and neurosis in Ain Shams University Faculty of Medicine.³ From 1979 to 1980, she was United Nations Advisor for the Women’s Programme in Africa and the Middle East.⁶ In this period, she also worked as a psychiatrist in Qanatir Women’s Prison outside Cairo, where she met Firdaus, a woman imprisoned and sentenced to death for having killed her pimp. These meetings resulted in Nawal´s acclaimed novel, Woman at Point Zero. She also investigated twenty-one other cases that she then turned into the volume Women and Neurosis in Egypt (1976).

In 1977, she co-founded The African Women’s Association for Research and Development and moved to Addis Abeba, Ethiopia, but she was not happy about working with the United Nations and, in 1980, she renounced her position and moved back to Cairo.

In 1981, still during Sadat’s presidency, Nawal was imprisoned, ironically in Qanatir Women’s Prison, with thirteen other women for alleged “crimes against the state”. During her incarceration, she wrote Memoirs from the Women’s Prison (1983). She did so on toilet paper. In this piece, she “recounts her experience of imprisonment and resistance to oppressive forces, forged in collaboration with fellow women prisoners from diverse class, religion and ideological background”⁸ (p. 771). Addressing the reasons for her imprisonment in the Memoirs, she wrote, “I was arrested because I believe in Sadat. He said we had a democracy and a multiparty system and that you could be critical. And so, I started to criticize his politics and ended up in jail”⁹ (my translation). She only came out of jail two months later, when Sadat was killed and Mubarak, the new president, decided to liberate her.

In 1982, she founded the AWSA (Arab Women Solidarity Association) which was shut down by the Egyptian regime in 1991. During the 1980s and 1990s, she continued working for women’s rights and writing on many taboo topics in different genres. Her popularity rose but so did censorship and persecution. In 1992, she was listed as sentenced to death by a terrorist organization. Because of continuous death threats, she ended up moving to the USA the next year, where she worked in collaboration with various universities. In 1996, she went back to Egypt and kept on denouncing women’s oppression and writing on this topic. Her books were prohibited in 2001, and in 2007 she was accused of apostasy. Nowadays she is still fighting with her words, publishing essays, novels, shorts stories and giving lectures and interviews. As she stated in an interview in 2010: “I have noticed that writers, when they are old, become milder. But for me it is the opposite. Age makes me more angry”.¹⁰ Knowing this, we expect to hear from her again. 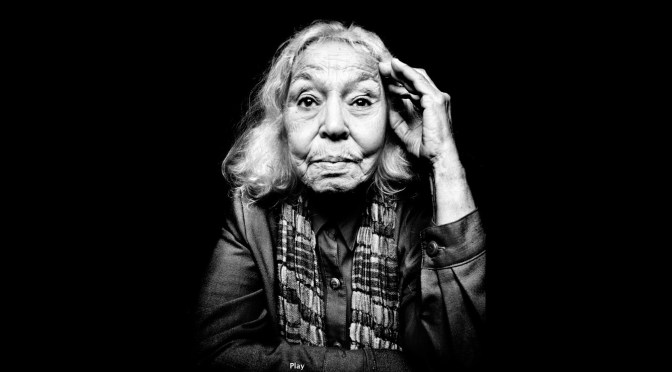 The colonial capitalist powers are mainly English- or French-speaking… I am still ignored by big literary powers in the world, because I write in Arabic, and also because I am critical of the colonial, capitalist, racist, patriarchal mindset of the super powers.

Cited in Nesbitt-Ahmed, Zahra (2016) “My identity is not fixed”, New Africa Magazine.

Young people are afraid of the price of being free. I tell them, don’t be, it is better than being oppressed, than being a slave. It’s all worth it. I am free.

The Arab Spring did a great deal for women because the person who spread the word in the first place was a woman. Women participated in it; they were fully out there in the street. Nawal El Saadawi is a founding figure of Egyptian and Middle Eastern feminism who wrote a book opposing female genital mutilation (of which she is a victim). She’s been banned. She’s been in prison. She’s now in her eighties and during the Arab Spring she was like the wise woman of Liberation Square, sitting in the middle of it as young women and young men came to her for instruction, for blessings, and so on.

SELECTION OF WORKS BY NAWAL EL-SAADAWI (translated to English)

-Nicholls, Jill (2017), She Spoke the Unspeakable, in the BBC One television series Imagine. (Saadawi is the subject of the film).