Myriam P. Sarachik is an experimental condensed matter physicist and distinguished professor of Physics at The City College of New York. In 2005, she received the Oliver E. Buckley Condensed Matter Prize and she is a former president of the American Physical Society.

Myriam P. Sarachik is an experimental condensed matter physicist and distinguished professor of Physics at The City College of New York. In 2005, she received the Oliver E. Buckley Condensed Matter Prize and she is a former president of the American Physical Society. She has been active in different human rights movements and is a member of the board in numerous committees involved with the rights of scientists. One of them is the Solid State Sciences Committee of the Norwegian Refugee Council, which is an independent humanitarian organisation that helps people who are forced to flee. Since 1994 she has been a member of the National Academy of Sciences, which is considered one of the highest honours that a scientist can receive. Sarachik is well known for her research in a variety of areas: superconductivity, disordered metallic alloys, metal-insulator transitions in doped semiconductors, hopping transport in solids, properties of strongly interacting electrons in two dimensions, and spin dynamics in molecular magnets. Many of her experiments served as a great contribution to understanding condensed matter properties at low temperatures. In other words, she looks at the electrical and magnetic properties of solids (semiconductors, crystals of various kinds) and does measurements at very low temperatures. With her laboratory team, she observes how electrons move through the solids in response to potential differences and temperature variations as well as interactions between the electrons. 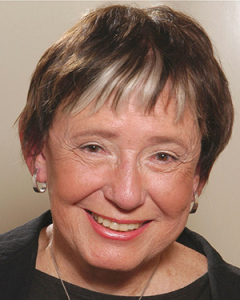 Myriam Sarachik (née Morgenstein) was born in 1933 in Antwerp, Belgium to an Orthodox Jewish family. When she was six years old the Second World War started and her family had to leave the country. First they tried to walk to Calais but unfortunately had to return. Afterwards they stayed in several camps before they finally managed to get to Cuba, where she stayed from eight to thirteen and a half³ (p. 170). By that time she was fluent in Spanish and French, language knowledge which she has retained in her old age. Talking about her childhood, Sarachik recalls her “very early years as moderately boring and depressing. My life changed on the day I entered school. It opened an entirely new and exciting world for me”.⁴

Her family and the community she lived in were quite traditional, thus women were expected to raise and care for the children rather than to have career. At that time, “if a woman worked outside the home, it was a sign that her husband was an inadequate provider”.⁴ As a child, Myriam was interested in many different subjects, such as languages, anatomy, geography and grammar. Physics was very difficult for her but her father respected and admired it very much.⁴ This might be one of the reasons why she persisted and decided to stay in the field of intellectual work rather than thinking about family and marriage in the first place.

Myriam Sarachik attended the Bronx High School of Science and earned a bachelor degree in 1954 at Barnard College in New York City. She attended classes at Columbia University, across the street, because girls did not take physics and math courses at that time.¹

She met Philip Sarachik in the physics laboratory and they got married after their graduation³ (p. 170). Her husband’s decision to continue his studies and obtain a PhD influenced her decision to do so, too. There were many challenges waiting for her, especially because only very few women became PhD candidates in physics in those days.⁴ Her graduate advisor explicitly told her one time that if only she had been a man, he would have known what to tell her and how to advise her on her career and PhD.

After working for a year at the IBM Watson Laboratories at Columbia University, she returned to graduate school in 1957 to earn a Master in Science.² Three years later she received her PhD degree at Columbia University with a thesis on superconductors. From 1960 to 1961, she was a research associate at International Business Machines.

After earning her PhD, she had a baby and stayed at home for some months. She recalls that a few months of being a stay-at-home mother was more than enough, so she contacted Nobel Prize recipient Polykarp Kusch, who was on the faculty at Columbia, and asked him for advice about her future career. Finding her first position was, as she recalls, a terrible time. Kusch first tried to persuade her that she did not really want a full-time job, but after a long conversation and much insistence on her part, he agreed that she had all the rights to be given an opportunity and, the next day, she received an offer.¹ She hired help to take care of her baby immediately afterwards³ (p. 171). Sarachik was hired as assistant professor at City College, which is a part of the City University of New York (CUNY). Her research mainly centres on fundamental questions in physics³ (p. 171). More specifically, her projects concern the movements of electrons at low temperatures, metal-insulator transitions, metallic behaviour in two dimensions, and the molecular magnets.

In 2003, Sarachik became president of the American Physical Society and two years later won the L’Oreal Unesco Award for Women in Science.

Since her arrival in the United States, she has been in love with New York and Physics. As she states, “one of the most exhilarating aspects of being a physicist (or a mathematician, chemist, biologist) is that one continues to learn, stretch and expand”.⁴ Sarachik is a notable researcher and professor, and one of the reasons is definitely her empathy for other people and the joy of accepting challenges in career and in everyday life.

She believes, as she explains in the interview with Horowitz, that controversy over women in science reminds people that the subliminal attitudes have not disappeared. In her opinion this might be a good thing, because we need attention and keep working on it:¹ “In order for our nation to maintain its technological leadership we must utilize the talents of women and other underrepresented groups”.²

In 2008, she was elected to the governing council of the National Academy of Sciences, where she contributed to better politics concerning women in science and human rights. 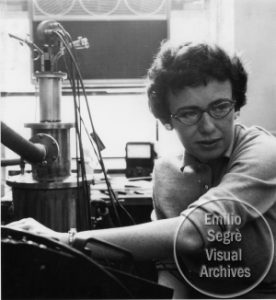 Sarachik shared the Oliver E. Buckley Prize in Condensed Matter Physics award with two other renowned physicists, Gabriel Aeppli of the University College-London, and David Awschalom of the University of California-Santa Barbara. She worked with Jonathan Friedman and others graduate students on the research which led to their discovery of the reversal of the magnetism of molecular magnets by a quantum mechanical process, in 1995. She discovered the so called ‘tunneling’ of a large magnetic moment through the observation of steps in the magnetization curve of a molecular nanomagnet.⁴ As a postdoc at Bells Labs, she managed to measure the experiment that solved a mystery from the 1930s, about a one-to-one correspondence between the presence of a localized moment and the occurrence of a minimum in the resistance versus temperature in certain alloys. Afterwards, Jun Konco performed her calculation and demonstrated that the minimum is indeed due to a local moment.⁴

Moreover, she worked together with Sergey Kravchenko to prove that an unexpected metallic state can exist in two dimensions.⁴

A woman has to be tougher and more tenacious than a man. This was certainly true when I started and I believe it still is true. Today the possibilities are equal for men and women; what women have to deal with is people’s inadvertent biases (including those of women themselves) which have not changed that much.

There were men who thought that I must be better than men, otherwise I would have not been able to stay in the field. And there were men who thought that I was clearly not as good as a men, because after all I was a woman. The truth of the matter is that those of us who stuck it out and stayed in the field were neither better, nor worse, we were just more tenacious. That’s what it took.

My family and my community were quite traditional. Women were not expected to work outside the home. Women were responsible for raising and caring for children, which is certainly very hard work. But they did not embark on their own career. If a woman worked outside the home, it was a sign that her husband was an inadequate provider.

Sarachik, P. Myriam (2004), “Why Physics”, in One hundred reasons to be a scientist, The Abdus Salam International Centre for Theoretical Physics (ICTP), Trieste, Italy.

1994: became a member of the National Academy of Sciences
1995: NYC Mayor’s Award for Excellence in Mathematical, Physical and Engineering Sciences
1995: became a Distinguished Professor at the City College of NY
2003: served as President of the American Physical Society
2004: Sloan Public Service Award from the Fund for the City of New York
2005: Oliver E. Buckley Prize in Condensed Matter Physics
2005: L’Oréal-UNESCO Award for Women in Science for North America
2006: An honorary Doctor of Science degree by Amherst College
2008-2011: Elected to the governing council of the National Academy of Sciences, Member