When Barbara McClintock made the most important discovery of her career, scientists failed to understand its meaning immediately, which says a lot about how brilliant McClintock was for her time.

When Barbara McClintock made the most important discovery of her career, scientists failed to understand its meaning immediately, which says a lot about how brilliant McClintock was for her time. In her early research, Barbara McClintock developed a technique for visualizing and identifying chromosomes in maize1 (p. 152). This was her first big contribution to maize cytogenetic and it set the stage for all of her later discoveries. In the late 1940s, by examining the hereditary characteristics of corn, McClintock challenged all existing knowledge and beliefs about genes and their capabilities. Before her discovery, it was thought that genes were stable units linearly arranged in fixed positions on chromosomes; however, she found that some genes can be mobile and change their positions in the genome2 (p. 20198). Additionally, she discovered that these mobile elements, known as transposons or transposable genetic elements, can control and alter the function of neighbouring genes by making them active or inactive3 .

Although not widely accepted from the very beginning, her work did revolutionise maize genetics by completely changing the way scientists understand genetic patterns of inheritance. Today the importance of her work is better understood and mobile genetic structures are being extensively used, lately also in cancer research2 (p. 20199). Moreover, some of her “early experiments still rank among the twentieth century’s most important biological experiments” 1 (p. 144). 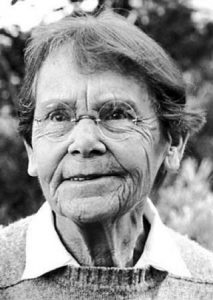 Photo from the Nobel Foundation archive.

Named Eleanor after her birth in Hartford, Connecticut, on June 16, 1902, her parents renamed her Barbara not long after, to better fit her personality. Barbara McClintock had a happy childhood, enjoying different types of activities and developing a great willingness to learn. She was much more connected to her father than she was to her mother, who was strongly opposed to the idea of McClintock or any of her sisters attending a university. In fear that an education would make her “unmarriageable”1 (p. 149), Barbara McClintock’s mother prohibited her from going to college after she graduated from high school. She applied for admission to Cornell’s college of agriculture only in 1919, with her father’s permission1 (p. 149).

Very soon she discovered a passion towards cytology (the study of cells), so she began to study chromosomes and their changes. It was thus during her studies that she started building her career as a pioneer of cytogenetics, and her fascination eventually brought her to form some of the most fundamental ideas in genetics.

The leading tools in genetics back then were fruit flies and corn or maize. As Barbara McClintock started her career with maize, she soon found a system to identify its chromosomes through staining techniques, observing different coloration patterns in kernels of corn, something no one had ever done in maize study. People were confused by her project at first; as Swaby4 (p. 97) explains, her experimental methods “were so dense and complicated that they were difficult for her peers to understand”, but very soon there was a group of professors working under the intellectual leadership of Barbara McClintock, who did not even have her PhD yet. She earned it in 1927, aged 25, and stayed at Cornell a few more years doing research, publishing papers and teaching botany1 (p. 153). In 1930, with Harriet Creighton, McClintock found a link between chromosomal crossing over during meiosis and the recombination of genetic traits. By 1932, she already had nine articles on maize chromosomes published and made the first genetic map for maize2 (p. 20198). She was forbidden to become a professor at Cornell so she spent the next few years changing positions and institutions, until 1941, when she accepted a position as a full time researcher at Cold Spring Harbor Laboratory at the Carnegie Institution of Washington2 (p. 20199). It was there that she discovered transposition in 1944, by identifying elements that could change position on the chromosome, and could control genes by regulating their actions2  (p. 20199). When she finally showed her outcomes to her research colleague, no one was ready to accept the concepts she was explaining. As Swaby4 (p. 98) suggests in her book, “McClintock had just laid out a meticulously researched case that genetics was much, much more fluid than what scientists had previously realized, with genes able to switch on and off and change locations”. Nevertheless, there were some scientists who understood the significance and consequences of her breakthroughs right away and McClintock firmly continued to develop her research2 (p. 20199).

Barbara McClintock officially retired in 1967, but remained at Cold Spring Harbor during her later years, working with graduate students. She died of natural causes on 2 September 1992.

When Barbara McClintock started her work on maize, genetics was still an abstract and controversial field of study1 (p. 150), with the gene being just a term with no scientific definition. Researchers were just beginning to rediscover the work previously done by Gregor Mendel on pea plants, using fruit flies and maize to study genetics. Because of the lack of understanding of the concepts she was researching by the other scientists at Cornell, but also because of her gender, McClintock conducted most of her scientific work alone. Although she had some followers, who immediately recognized the importance of her visions, a lot of colleagues thought of her research as completely useless.

Today McClintock is considered as one of the most important scientists in genetic research, but her ideas were not widely accepted until the late 1960s and early 1970s, two decades later, when molecular biology finally discovered mobile genetic elements in bacteriophages, and soon in bacteria itself. Lastly, it was in 1982, thirty-five years after her first published report on transpositions, that Barbara McClintock was awarded the Nobel Prize in Physiology or Medicine “for her discovery of mobile genetic elements”5. In the press release article following the awarding, the Nobel Assembly wrote: “The discovery of mobile genetic elements by McClintock is of profound importance for our understanding of the organization and function of genes. She carried out this research alone and at a time when her contemporaries were not yet able to realize the generality and significance of her findings”6.

You’re having a good time. You don’t need public recognition, and I mean this quite seriously. You don’t need it. You need the respect of your colleagues…. When you know you’re right, you don’t care. You can’t be hurt. You just know, sooner or later, it will come out in the wash, but you may have to wait some time.

It’s such a pleasure to carry out an experiment when you think of something — carry it out and watch it go — it’s a great, great pleasure. It couldn’t be nicer…. I just have been so interested in what I was doing, and it’s been such a pleasure, such a deep pleasure, that I never thought of stopping…. I’ve had such a good time, I can’t imagine having a better one…. I’ve had a very, very satisfying and interesting life. 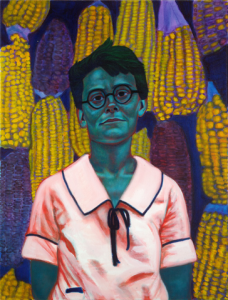 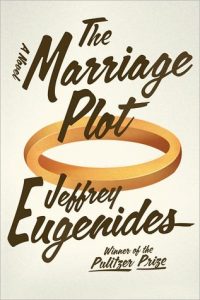 Eugenides, Jeffrey (2011), The Marriage Plot, New York, Farrar, Straus and Giroux [The character Leonard, a yeast geneticist, is a reference to Barbara McClintock].

Fox Keller, Evelyn (1983), A feeling for the Organism: The life and work of Barbara McClintock, San Francisco, W.H. Freeman.