Linda B. Buck and Richard Axel jointly won the Nobel Prize “for their discoveries of odorant receptors and the organization of the olfactory system”.

Linda B. Buck and Richard Axel jointly won the Nobel Prize “for their discoveries of odorant receptors and the organization of the olfactory system”1. 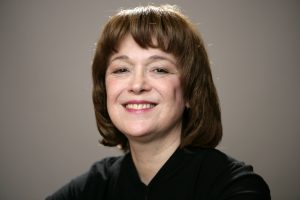 American researcher Linda B. Buck was born in 1947 in Seattle, Washington. Buck, the second of three children, grew up in a supporting family that also taught her to appreciate music and solve puzzles. She earned bachelor’s degrees in psychology and microbiology in 1975 from the University of Washington and a PhD in immunology in 1980 from the University of Texas Medical Center3. It was during her post-doctoral studies at Columbia University that she joined Prof. Richard Axel in studying the Aplysia’s sea snail neurons. Sol Snyder’s 1985 research paper on odour detection spiked her curiosity and, three years later, she started researching on odorant receptors in rats at Axel’s laboratory2. In 1991, they published a paper on their discovery of hundreds of genes that activate in the noses of rats while smelling⁴.

Buck started working at Harvard Medical School (in the Neurobiology Department) the same year and continued to research the olfactory system over the course of the next decade. Her Nobel Prize winning findings unveiled the mystery of smell process (olfactory system) in mammals2.

Upon returning to Seattle in 2002, she was appointed Affiliate Professor of Physiology and Biophysics at the University of Washington and member of the Division of Basic Sciences at Fred Hutchinson Cancer Research Center in Seattle, where she is still working today, in the “Buck” lab. The team’s progress on understanding the odour and taste perceptions and their interconnectedness with instinctive responses could lead to such practical applications the development of better drugs for cancer patients⁵.

Linda B. Buck’s career has been intrinsically linked with Richard Axel’s. New Yorker Richard Axel (1946), the son of Polish immigrants, attended John Hopkins University School of Medicine and became professor of Pathology and Biochemistry at Columbia University in 1978. Since 1984, he has been an investigator at the Howard Hughes Medical Institute, part of Columbia University. Buck, who was his post-doctoral student, says she appreciated the independence that Axel gave to his researchers, trusting them even when they wandered off the beaten path2.

In 1988, Buck and Axel started looking for odorant receptors in rats and the findings three years later were astonishing: there are hundreds of receptors and no two are the same2.

Buck then joined Harvard Medical School, where she started her own lab with a positive reaction, unlike the efforts of her female Nobel predecessors2.

She established a good relationship with chairman Gerry Fischbach and colleagues David Hubel and Torsten Wiesel, both Nobel laureates in 1981, whom she later praised2.

Collaboration and teamwork have been essential parts of Buck’s professional code: she continues to publish many joint papers nowadays, mostly with members of her lab⁷.

As a woman in science, I sincerely hope that my receiving a Nobel Prize will send a message to young women everywhere that the doors are open to them and that they should follow their dreams.

WORKS BY LINDA B. BUCK

The following is a selection7 of Linda B. Buck’s most important works: