“She was one of the first femmes de lettres that turned intellectual practice into a profession, editing the books she wrote in her copyist workshop.”

Christine de Pizan was an educated woman that lived in medieval times, who loved studying and literature. Initially, she lived at court but ended up as a widow who lived close to the poverty line. To support herself and her family when bad times arrived, she created a copyist workshop where she would edit and copy the books she was writing. As Laurenzi states: “She was one of the first femmes de lettres that turned intellectual practice into a profession, editing the books she wrote in her copyist workshop”¹ (My translation) (p. 305). Her anger, sadness, intelligence, creativity, and detailed knowledge of literature enabledher to write breath-taking ballads, poems and songs, turning her into a famous writer that counted on various wealthy, cultured patrons.

She became famous as anadvocator for women around 1399 with the production of several lyrical texts that confronted Jean de Meun´s completely misogynist ideas aboutwomen that were expressed in Le Roman de la Rose(portraying them as vicious, sinners, and witches). This was a text, written by Guillaume de Lorris, that was already famous in the fourteenth century European cultural scene when Jean de Meun decided to write a second part to it. A century later, this second part had alsobecome strongly influential and well-known, and Christine decided to confront its view of womankind. In the lyrical compositions called L’ Épistre au Dieud’amours(1399), Débat  desdeuxamans (1400), and in Dit de la Rose (1402) she fought  Jean de Meun´s slander of womenwith reason and eloquence. And she succeeded in doing so in many intellectual circles. So big was her success that we are able to read a medieval feminist text written by a woman more than six hundred years after it was written.

At that point, she decided then that fighting for women equality with intelligence and through literature was her life´s purpose. Shifting to prose because it allows better argumentation, she wrote her most famous piece: La cité des dames, or The book of the City of Ladies (1405). This magnificent piece of work retrieves the lives and achievements of hundreds of women in history, mythology, and from her own time (she includes stories about her own neighbours) to show the world, especially men, how women are capable of many great deeds. She fights eachmisogynist argumentwith examples of notable women and eloquent logical proof, creating, at the same time, a kind of woman’s encyclopaedia and a utopian space for women to live safely (she did this a hundred years before Thomas More started his own Utopia, known as the first of its kind.) The book starts with one of Christine’s monologues: 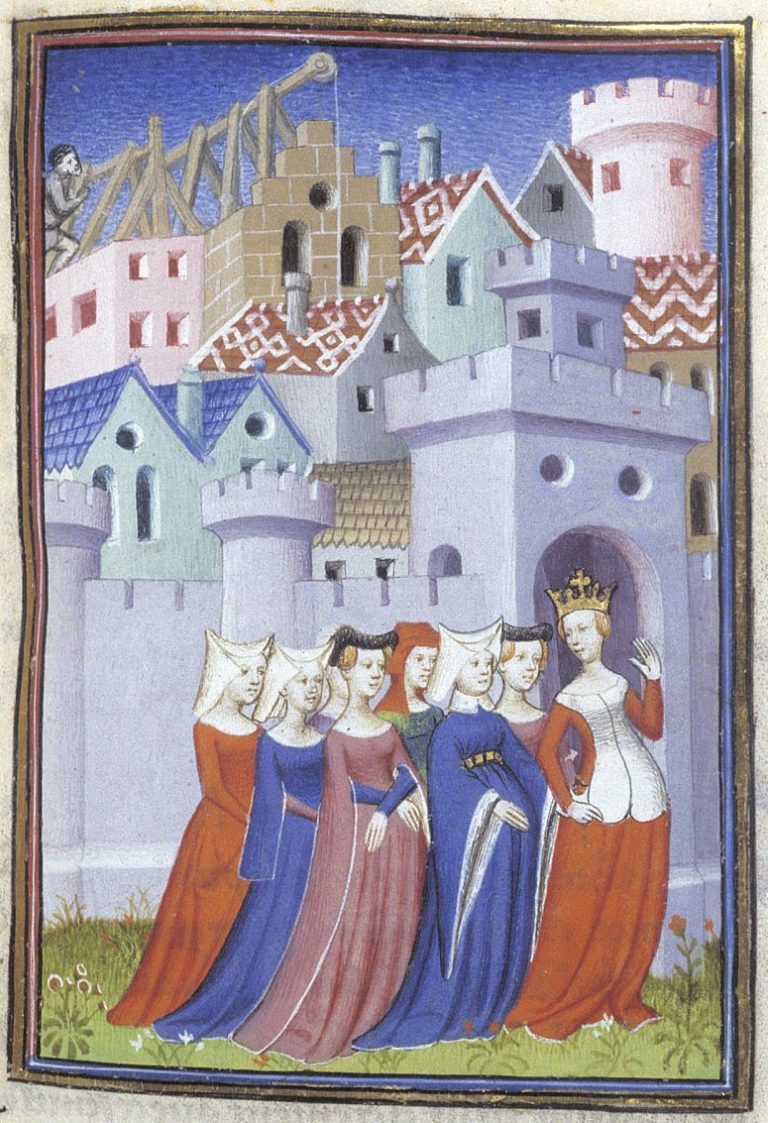 “There is no text that is exempt from misogyny. On the contrary, philosophers, poets, moralists, all – and the list would be too long – seem to speak with the same voice in order to arrive at the conclusion that woman, bad in essence and nature, always leans towards vice. Going back over all these things in my mind, I, who have been born a woman, started to examine my character and my conduct and also that of many other women that I have had the opportunity to know, both princesses and great ladies and also women of an average and modest condition, who saw fit to confide in me their most intimate thoughts. I put my mind to deciding, in all conscience, if the testimony gathered together by so many enlightened males could be mistaken. But, whichever way I looked at it, consuming the ideas like someone peeling back a piece of fruit, I was not able to understand nor admit as well founded the judgement of men on the nature and conduct of women. At the same time, however, I insisted in accusing them because I thought that it would be very improbable that so many illustrious men, so many doctors of such profound understanding and universal discernment – it seems to me that all of them must have enjoyed such faculties – had been able to expound in such an incisive way and in so many works that it was almost impossible to find a moralising text, whoever the author might be, without coming across, before reaching the end, some paragraph or chapter that accused or spoke with despising about women. This sole argument was enough to bring me to the conclusion that all of that had to be true, even if my mind, in its ingenuity and ignorance, could not manage to recognise these great defects that I myself shared with no doubt with other women. Thus had I come to trust more in the judgement of the other than in what I felt and knew in my being as a woman.”²

The intellectual debate that the book instigated would spread throughout the centuries until the French Revolution.¹ (p. 303) Christine de Pizan continues to be relevant today, as Hicks states: “It is therefore not so much that Christine’s feminist consciousness in the City is surprisingly modern, but rather […] that the problems facing women in our own time are so surprisingly archaic. They too have survived”³ (p. 13).

Christine herself kept on writing on the topic for 30 years.

Daughter of Thomas de Pizan (Tomasso di Benvenuto da Pizzano), medical doctor and astrologer educated atthe prestigious University of Bologna, Christine de Pizan was born in Venice. Thomas de Pizan was appointed to court by Charles V of France and therefore he and his family moved to Paris in 1369. Young Christine would accompany her father to court and, as a result, she was able to access the colossal palace’s library. She received as extensive an education as any (rich) boy would have done at the time, because her father would not be swayed otherwise in this matter. In 1380, she would marry her love, Etienne du Castel, who encouraged her to pursue her studies as her father had also done.

In 1387, Christine´s father died and soon after, in 1389, her husband died as well. Young Christine (agedonly 25) was left alone with three children, a widowed mother, and an orphaned niece, and no income or way ofsupporting them⁴. (p. 13). Her father had contracted debts and the family’s connection to the monarchy had ended. Furthermore, as a woman, she had no access to her dead husband’s money, for which she had to plead over many long years.

However, Christine was not the kind of person to despair. In that event, she turned herself to writing. She started with poetry, “her first poems being ballads of lost love written in memory of her husband. These verses met with success, and she continued writing ballads, rondeaux, and lays”⁵ (p.1). She became famous and started a copyist workshop to copy her own manuscripts and later sell them. “Among her patrons were Louis I, Duke of Orleans; the Duke of Berry; Philip II the Bold of Burgundy; Queen Isabella of Bavaria; and, in England, the 4th Earl of Salisbury.”⁵ (p.1)

Ergo, in 1399, she started what would later be known as la querelle des femmes. In this year Christine composed a poem answering to Jean de Meun´s second part of Le Roman de la Rose, in which he gave an extremely misogynist view of womankind. She replied to it point by point, condemning him for his mistaken allegationsand for his slander of women, and many poets, thinkers, and intellectuals replied. Having women as the main topic in their discussion, the letters where published and followed by the general public. This public debate was held for a long time and there was plenty of participation in it.

This way, Christine was becoming very popular and she shifted her writings from love ballads to intellectual polemical prose about the situation of women in her time. In 1405, she finished her most famous book, “La cité des dames”, and had written over three hundred ballads (p.3). In 1418, because of the Hundred Years War that France was going through, she left Paris and went to the convent of Poissy, where she wrote her last remaining poem, which talked of Joan of Arc. Twelve years later, in 1430, she died atthe same conventaged 65-66.

If it were customary to send little girls to school and teach them the same subjects as are taught to boys, they would learn just as fully and would understand the subtleties of all arts and sciences.

The man or the woman in whom resides greater virtue is the higher; neither the loftiness nor the lowliness of a person lies in the body according to the sex, but in the perfection of conduct and virtues.

Just as women’s bodies are softer than men’s, so their understanding is sharper.

Men who have slandered the opposite sex have usually
known  women who were cleverer and more virtuous
than they are. 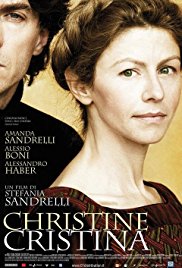