Radia Joy Perlman has made significant breakthroughs in many areas of Internet routing and networking protocols. Her contributions have had a unique impact on how we use the Internet today, as she (re)designed and made possible the robustness, expansion and easier management of routing protocols.

Radia Joy Perlman has made significant breakthroughs in many areas of Internet routing and networking protocols. Her contributions have had a unique impact on how we use the Internet today, as she (re)designed and made possible the robustness, expansion and easier management of routing protocols. Between 1974 and 1976 she created the Toddler’s Own Recursive Turtle Interpreter System (TORTIS), a version of the LOGO programming language, with which preschool children (3 to 5 years old) could program the behaviour of a physical turtle robot.1 For this work Perlman is regarded as a pioneer of young children’s computer programming, especially for developing a “tangible programming” system.2

A decade later, while Perlman was working for Digital Equipment Corp., she addressed her boss’s challenge to develop “a simple protocol that would enable bridges to locate loop-free paths through a network”.3 Radia Perlman solved it over the weekend by inventing an algorithm on which the Spanning Tree Protocol (STP) was based.4 STP changed Ethernet networks in an unprecedented way as it enabled the connection between hundreds of thousands of computers by preventing bridging loops. In addition, she was one of the major designers behind DECnet protocol.

Perlman redesigned the STP by introducing the TRansparent Interconnection of Lots of Links (TRILL), which has been standardized by the Internet Engineering Task Force (IETF).5 TRILL’s introduction corrected the STP’s flaws, improved its robustness and stability and allowed the efficient forwarding of Ethernet packets using the Intermediate System to Intermediate System (IS-IS) link-state for routing protocol instead of the spanning tree. Nowadays, the majority of Internet Services Providers (ISPs) use this routing protocol, which has been standardized by the International Organization for Standardization (ISO).6

She also holds more than one hundred US issued patents and has received considerable recognition for her outstanding work on networking and Internet security, not only as an inventor, but also as an Internet pioneer. Lastly, Perlman combines a particular mix of talents as, besides her profession, she also writes poetry and plays the piano.6 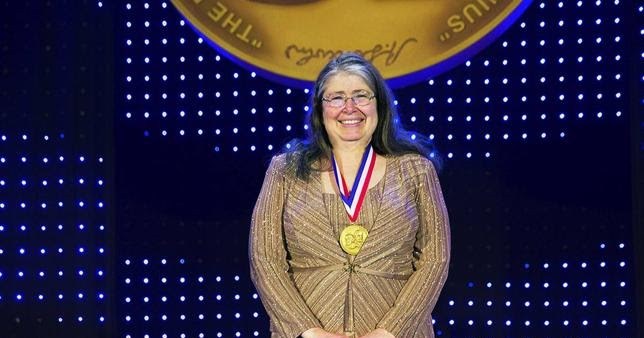 Born in Portsmouth, Virginia in 1951 and growing up mostly in New Jersey, Radia Perlman enjoyed solving logic puzzles and was attracted by mathematics and science classes in school. Her first introduction to computer programming came at high school, when she and other students took a class in programming at the Stevens Institute of Technology.8 In addition to that, both her parents, Julius Perlman and Hope Rae Sonne, had a background in engineering, as they worked for the US government: her father worked on radar and her mother was a computer programmer. As Perlman notes: “Her title was mathematician”.8

Having embraced “critical thinking, hard work, non-discrimination, living frugally, and not displaying wealth, being against classism” as both family and personal values,9 Perlman enrolled at the Massachusetts Institute of Technology, where she received her degrees of Bachelor of Science in 1973 and Master of Science in 1976, both in mathematics, in an era in which the number of female students was very limited, especially in the STEM fields. In May 1976 Perlman introduced the Toddler’s Own Recursive Turtle Interpreter System (TORTIS), a project she conducted with the LOGO group, at MIT’S Artificial Intelligence Laboratory.1 Despite the fact that her work was pioneering for the time, she later admitted “[…] I abandoned it because, being the only woman around, I wanted to be taken seriously as a ‘scientist’ and was a little embarrassed that my project involved cute little kids”.8

After her graduation, Perlman worked on designing network protocols for Bolt, Beranek and Newman Technologies. In 1980, she joined Digital Equipment Corp. (DEC) as a Consulting Engineer. Eight years later she obtained her PhD in Computer Science at MIT’s Department of Electrical Engineering and Computer Science. This work focused on designing a computer network that would be resistant to malfunctions and improve the robustness and practicality of the “Network Layer”.10

In 1993 Perlman left DEC to work for Novell, and in 1997 she started working for Sun Microsystems Inc. where she served as a Fellow, a prestigious honorary title for the company’s technical staff. Between 2010 and 2014, Perlman moved to Intel Labs, where she was also a Fellow and mostly worked on the design of various network routing and security protocols. In the meantime, apart from network security and protocols, Perlman’s interests always included teaching and writing. She was Affiliate Professor at the University of Washington and has given lectures at Harvard University and MIT. Perlman has also been invited to be a keynote speaker at a number of events around the world organized by Microsoft Corp., Linux, Google, etc. She is the author of Interconnections: Bridges, Routers, Switches, and Internetworking Protocols (1999) and co-author of Network Security: Private Communication in a Public World (1995), both of which are considered essential textbooks for students and/or amateurs of networking and protocols. Along with other colleagues, Radia Perlman has written several technical articles on network routing, Internet security and related topics.

Currently, Perlman lives in Redmond, Washington and since 2014 she has worked as a Dell EMC Fellow. Both her children are MIT alumni7 and contributed to the musical setting for their mother’s poem, Algorhyme, which introduced the Spanning Tree Protocol.4 She was recently honoured at the 44th Annual National Inventors Hall of Fame Induction Ceremony in Washington, DC as a member of an elite group of inductees.

Perlman’s career has intersected with significant companies in the field of Information Technology (IT). In particular, she has collaborated with International Business Machines (IBM) for the development of various routing standards, including the Open Systems Interconnections Interdomain Routing Protocol (IDRP); additionally, she worked alongside Cisco Systems Inc. on a sub-committee of the American National Standards Institute (ANSI) for the standardization of IDRP.3 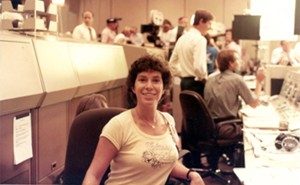 Radia Perlman has also been recognised several times for her numerous contributions to the Internet. In 2003, she was named a Silicon Valley Intellectual Property Law Association Inventor; in 2006 she received the USENIX Lifetime Achievement Award; in 2014 she was inducted into the Internet Hall of Fame; and since 2015 she has been a member of the National Academy of Engineering. Perlman also holds an honorary doctorate from the KTH Royal Institute of Technology in Sweden.

Finally, in order to understand her huge scientific impact, it’s worth mentioning that in 2005, Radia Perlman received the Women of Vision Award from the Anita Borg Institute. In a video presented by the Institute, Greg Papadopoulos, former Chief Technology Officer at Sun Microsystems, says this about the recipient, Radia Perlman: “There are many people who claim to be the father of the Internet, but there is only one Mother and that’s Radia Perlman”.11 Even if Perlman has rejected this title many times,8 it is undeniable that she deserves her position among the women who pioneered the STEM fields by radically transforming the way that humanity is connected today.

It became so normal to me not to see women around that I didn’t notice the gender imbalance. It was only when occasionally there was a(nother) female in a class that I’d notice that it kind of looked weird…this other gender person looking curiously out of place in the crowd. I’d have to remind myself that I was also that ‘other gender’.

The kind of diversity that I think really matters isn’t skin shade and body shape, but different ways of thinking.

The Internet was not invented by any individual. There are lots of people who like to take credit for it, and it drives them crazy when anyone other than them seems to want credit, so it seems best to just stay out of their way.

Start out with finding the right problem to solve. This is a combination of ‘what customers are asking for’, ‘what customers don’t even know they want yet’ and ‘what can be solved with something simple to understand and manage’.

Actually, I hate technology! […] But the world would be a better place if more engineers, like me, hated technology. The stuff I design, if I’m successful, nobody will ever notice. Things will just work, and be self-managing.

There are many people who claim to be the father of the Internet, but there is only one Mother and that’s Radia Perlman.

Radia Perlman is not only known for her major contributions to the Internet, but also for being a poet and for loving music. When she invented STP, she decided to write a poem based on the poem Trees, by Joyce Kilmer (6 December 1886 – 30 July 1918), which he wrote in 1913 and published in the collection Trees and other Poems in 1914.12 Perlman, following the advice of Mike Speciner, who coined the word and said “Every algorithm ought to have an associated algorhyme”13, adjusted Kilmer’s poem’s simple rhyme and metre and she penned the poem in order to describe how the STP works.4 Later, Perlman’s children created the poem’s musical version. Ray Perlner, her son, edited the musical setting and Dawn Perlner, her daughter, who is also a violinist and singer, performed it at a recital. Their mother accompanied them on piano. The song is available on YouTube14 and was recorded at the MIT Lincoln Laboratory.

Following the development of the Internet, Ray Perlner, who is a mathematician in the National Institute of Standards and Technology, wrote a tribute to the TRILL Protocol in order to renew its concept and adjust it to the new technological era15 (p. 7). Last but not least, Perlman’s rich and multidimensional personality can certainly be a source of inspiration. For instance, she didn’t hesitate to play on the piano the piece Rondo Capriccioso, composed by the French composer Camille Saint-Saëns,16 for a National Inventors Hall of Fame video, or to perform stand-up comedy in a passenger talent show, while she was on a cruise to Russia to see a solar eclipse.6