Harriet Martineau was a productive writer, who published popular fiction, essays and theoretical texts, and was a diligent contributor to several newspapers. Her texts, aiming at popularising complex social and economic subjects for the wider public, were read throughout the British Empire.

Harriet Martineau was a productive writer, who published popular fiction, essays and theoretical texts, and was a diligent contributor to several newspapers. Her texts, aiming at popularising complex social and economic subjects for the wider public, were read throughout the British Empire. Her writings covered topics ranging from social customs to political economy, and feminism. As a Whig, her politically motivated aim was also to educate the working class on the realities and requirements of the capitalist industrial society, as she believed that understanding the political and social reality would help them to better adapt to the new circumstances after the industrial revolution.1

Maybe most scholarly of her achievements was publishing a commented and condensed translation of Auguste Comte’s Cours de Philosophie Positive, and making this foundational text of modern sociology for the first time available for the English-speaking audience.1 Martineau was thus an important figure in the early development of modern social science, and can rightly be credited as the first female sociologist. However, rather than original theorising, her main achievements were based in her ability to synthesise and popularise the burning political, economic, and social questions of her time, making them available for the general public. Although Martineau’s work was widely read and lauded at her time, her contributions to social thought are often overlooked within the canon of classical sociology, even though they preceded the works of Émile Durkheim and Max Weber.2

Harriet Martineau was born 1802 as the sixth child of a well-off merchant family and spent her childhood in Norwich, England. Her relationship with her mother was strained and lacking affection, and Harriet’s feeling of having been denied nurture and care as a child later manifested in her opinions on domesticity and motherhood.3 For Harriet, motherhood was the natural calling for women, as bringing up children allowed women to express their most essential nurturing and warm qualities. Harriet was educated well, albeit her upbringing emphasised feminine propriety and good manners more than book learning.3 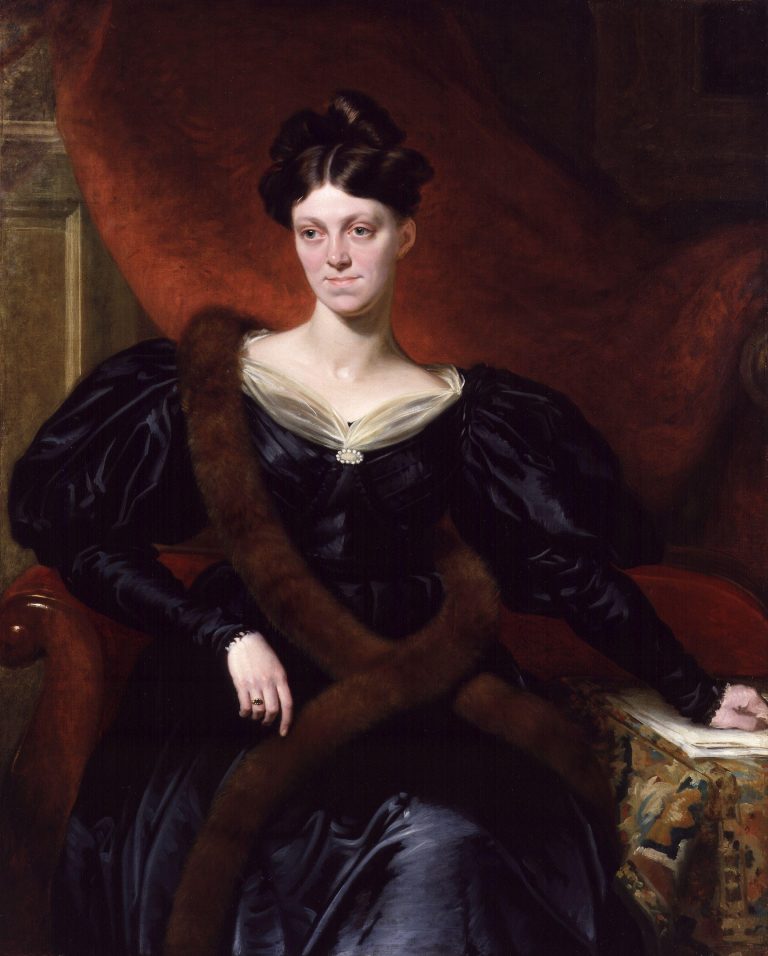 Harriet Martineau by Richard Evans (1834 or before)

Martineau’s multiple health problems – of which she would suffer throughout her life – started in her youth, as she began losing her senses of taste and smell, and became increasingly deaf. She also discussed these experiences in her writings. Later in her life, in 1839, when she was diagnosed with a uterine tumour, and was confined to her bed and wheelchair she wrote Life in the Sickroom: Essays by an Invalid, published in 1844, an autobiographical reflection on invalidism. In the book, she also proclaimed her independence as the text served as a kind of public outbreak from her mother.3 She established herself as a professional writer, and thus, as utterly unlike the women in her own family. Martineau’s break away from the traditional female realm was partial; while she proudly expressed her opinions with considerably more assertive manner than her other contemporary female writers and wrote about topics that had been reserved for men, she also saw women as having a natural faculty for housewifery and inclination for motherhood. Martineau’s ideal version of a woman was thus a self-sufficient, well-educated, but warm and compassionate mother-figure, both able to have opinions on society but also apt at her household duties.3 However, in her opinion it was freedom and rationality rather than command and obedience that should motivate women in their domestic life, and that also should serve as the guiding principles of domestic education.

Harriet utilised her personal life in her work, translating her often difficult and painful experiences into her theoretical writings. Martineau’s father’s business failed in 1829, which forced Harriet to step out of her conservative upbringing and traditional upper-class female role, forcing the 27-year-old to start supporting herself. Reflecting this experience in her autobiography, she describes it as “one of the best things that ever happened to us” – as it allowed her to “truly live instead of vegetate”.4 Taking the financial responsibility in her life marked “fusion of literary and economic narratives”5 – it taught her to consider the realities of modern economy, as well as women’s place in that economy. Martineau’s first commissioned book Illustrations of Political Economy was a fictional tutorial explaining the ideas of Adam Smith to the general public. It was published in 1832, and quickly became a bestseller, outselling the works of popular writers such as Charles Dickens. The success prompted Martineau to continue with a series of fictional narratives published in newspapers, explaining the basics of political economy. She popularised the theories of thinkers such as Mill, Bentham, and Ricardo, and thus contributed to spreading the free-market ideas throughout the British Empire.1 Martineau also introduced more feminine perspectives into her writing, and discussed issues that her male colleagues often overlooked, such as marriage, children, and domestic and religious life.1 The most popular of these was an instructive handbook on the proper way to raise and educate children, simply called Household Education and published in 1848. Martineau’s large bibliography also included several children’s books, novels – such as Deerbrook (1839) and The Hour and the Man (1841) – and a popular guide book to the Lake District in England, A Complete Guide to the English Lakes (1855).

Martineau, who moved to London in 1834, was well integrated in the capital’s high society, being acquainted with the most important writers and intellectuals of her time.6 She was a fêted and popular writer, especially among the Whig upper classes. She was avowedly a Whig supporter, expressing her political opinions openly in her writings. She believed the free market economy to be the necessary and, ultimately, best solution for organising society,1 and was criticised by Tory paternalists for deprecating charity and provision for the poor.7 Martineau’s ultimate goal however was to educate the working classes through instructive and easily understandable writings and thus help them to realise and adapt to their situation and the new requirements of the changing economy. Harriet Martineau believed that understanding the logic of the market would help the poor and the working classes to help themselves. As a passionate educator, she also lectured about various topics that fell mostly under economy and history.1

Martineau broke away from her family’s Unitarianism by professing to the doctrine of philosophical atheism in Letters on the Laws of Man’s Nature and Development, published in 1851. Her scepticism towards religious beliefs had its roots in her interest in studying the evolution of religions that had been inspired by her 1846 trip to the Middle East.  Martineau also openly supported Darwin’s theories and believed that, on a societal level, secularism ought to win over the old religious world order.7

As a political activist, she did not only confine in questions on economics, but was also active in “the Woman Question” in the 1850s and 60s. She endorsed the aims of women’s liberation movement, expressing her support for Married Women’s Property Bill and women’s suffrage.1 During this time, she also contributed diligently to the Daily News and Westminster Review. In the 1850’s, she translated the key passages of Auguste Comte’s foundational work of modern sociology, Cours de philosophie positive, making it available for the first time to the English-speaking public.

In addition to her other health problems, in 1855, Harriet Martineau started to suffer from an undefined heart disease. Believing that she would not have a long time to live, she started and rapidly finished an autobiography. She however went on to live another two decades, and she postponed the publication of the book until it was posthumously published in 1877, one year after her death.

All new sciences are for some time engrossed by the learned… It is certain, however, that sciences are only valuable in as far as they involve the interests of mankind at large, and that nothing can prevent their sooner or later influencing general happiness. This is true with respect to the knowledge of the stars; to that of the formation and changes in the structure of the globe; to that of chemical elements and their combinations; and, above all, to that of the social condition of men.

It is my deliberate opinion that the one essential requisite of human welfare in all ways is scientific knowledge of human nature.

She was very agreeable and managed to talk on a most wonderful number of subjects, considering the limited time. I was astonished to find how little ugly she is, but as it appears to me, she is overwhelmed with her own projects, her own thoughts and own abilities.

[A]s a born lecturer and politician [Martineau] was less distinctively affected by her sex than perhaps any other, male or female, of her generation.

In intellectual force and comprehensive grasp of mind, she has long since shown herself entitled to stand among the most gifted of mankind; and her moral courage and personal independence in the utterance of her conscientious convictions, no matter at what cost, challenge the admiration of all noble souls. To what a fiery ordeal was she subjected when in this slaveholding land … because of her sympathy for the oppressed and her affiliation with the everywhere abhorred abolitionists! How majestic is the figure she presents in our Anti-slavery history – – –

(1839) The Martyr Age of the United States, Weeks/Jordan, Boston.

(1853) (comments and transl. of) The Positive Philosophy of Auguste Comte, 2 vols, Chapman, London.